The Commissioner may appoint such officers as he considers appropriate to assist in carrying out his functions. 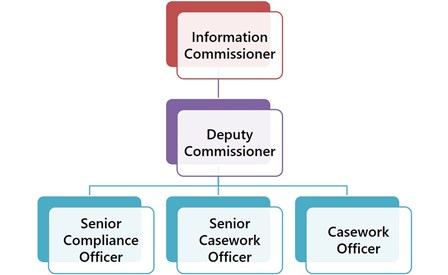 The current appointees are: